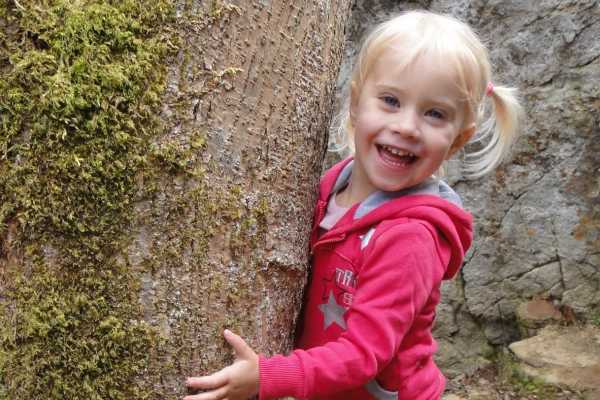 Ariege & Catalunya sport climbing holiday We will work with you on your climbing development, including training for lead climbing and coaching on personal climbing techniques and styles. The crags we use are perfect for all climbing levels so you can enjoy a great holiday and climb some excellent routes. Mid way through the week we take a 2.5 hour journey from verdant France to Spain to experience the delights of Catalunyan sun rock.  Climbing in Ariege and Catalunya: Ariege has fabulous sport and mountain crags and you will also have the opportunity to trail run here and visit a spa. It has limestone and granite options all within 10 minutes of where we are staying. Catalunya is home to many maga crags such as Tres Pons and Oliana. You will have the chance to drink cafe au lait and sample a tapas during the week.  Duration: 7 days Price: £695 Dates & Availability: May, June & October 2019 & 2020 - please enquire Group Bookings & minimum numbers: If you have a minimum of 4 people and a maximum of 10 we are happy to offer the trip on dates suitable to you.  Guide ratio is maximum 1:6 so larger groups can be catered for if you would like to bring more people.  Fitness and climbing skills: Climbers should be able to tie on and belay and climb French grade 4/5 competently. If you would like to improve your grade and technical skills in a supportive atmosphere and have a great holiday this is for you. Some bouldering my be incorporated for technique depending on group needs. Equipment: All safety equipment is provided. What's included:  4 days climbing coaching, transport to fun rest day activities, thermal spa optional,  Accommodation in gite/apartment with pool or hotel  Airport transfers from Toulouse  Local transport to and from the crag Photos of your trip What's not included:  Flights Insurance Snacks Phone calls    Code Date Trip Price Availability SCAC 1/19  May, June & October 19 (Dates on request)   £695 Available SCAC 1/19  May, June & October 20 (Dates on request)   £695 Available 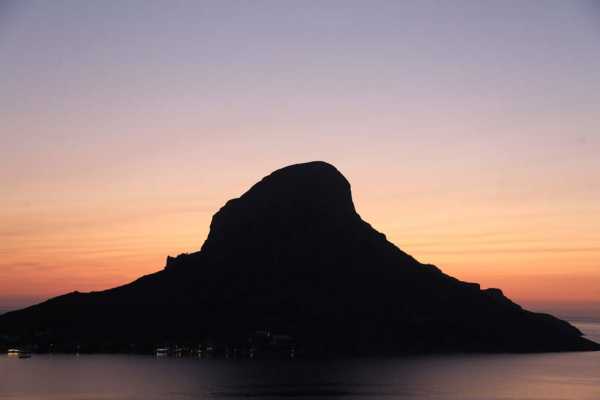 Kalymnos Island Climbing Visit this climbing paradise with us to enjoy climbing, snorkelling, swimming and beach life in the climbing hub of Massouri and Myrties. We love this place! There is a truely fantastic diversity of routes at all grades and a charming holiday atmosphere on the islands where the rocks were once thought to a curse for locals but now bring much welcome tourist revenue to its shores. The famous grande grotte is definatley worth a look whether you are able to tackle its main overhanging nest of stalagtites or not. The routes have a quality feel to them as a perfect day's rhythm develops with an early start and finish allowing time to enjoy the coast line and other gems on the island. The crags are a short walk from the accommodation.   Cost: £695 per person for a week Cost: £350 per person for a long weekend   Want to boost your climbing prowess?  We will work with you on your climbing development, including training for lead climbing and coaching on personal climbing techniques and styles. The crags we use are perfect for all climbing levels so you can enjoy a great holiday and climb some excellent routes.  Rock climbing holidays will include bed & breakfast and an experienced guide(s) to ensure you get the absolute most out of your stay. Our guide/coach will get you to the crags and identify the most suitable routes for the climbing type and level for you. Maximum ratio is 1:6 Included on week trips: 5 days climbing coaching 6 nights accommodation & meals as per food plan Airport transfers from Kos Photos of your trip Included on long weekend trips: 2 days climbing coaching, meet us on the Island  Evening meal   What's not: Flights, insurance, snacks, phone calls  Any additional transport or accomodation needed if you have to leave the group for a medical or fitness reason. If you would like extra days accomodation we can offer you contacts to arrang this as needed. Who for? Climbers should be able to tie on and belay and climb French grade 4/5 competently. If you would like to improve your grade and technical skills in a supportive atmosphere and have a great holiday this is for you. Expect to want to recalibrate your climbing horizons and goals that you have set for yourself. Equipment  We recommend you have your own harness, climbing choes, chalk bag and belay device.  Accommodation We will stay at the beautiful Hotel Grand Plaza or in an air conditioned appartment such as Pregos with close to the climbing access paths and town.  Our coaches Are all former or current British climbing team members who are well known for their coaching prowess and experience in helping formulate training strayegy. Having climbed for over 20 years between us we have many tactics that can help relaxation on routes, prior to climbing and how to make the most of rests, both in terms of position and breathing.    Helping to maintain and develop climbing areas - OUR STORY "In Ariege in the French Pyrenees we have developed a couple of crags and have contributed to the climbing community through the Rock Fax guidebook. We believe in working with locals wherever possible to preserve and maintain the crags and thier local environment and communities." 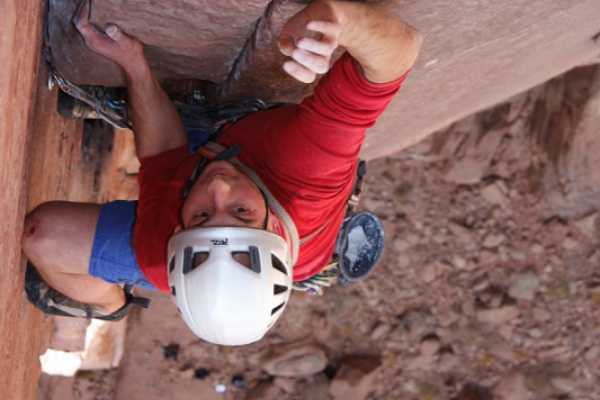 Climbing and Trekking Expeditions Worldwide We offer support for climbing expeditions worldwide in areas where we have considerable personal knowledge and ground support contacts. We have established new routes in Jordan, Pakistan, Sinai, Venezuela, Madagascar and Kyrgzstan. Working with Media We have worked for the BBC in Venezuela on making programmes for the BBC Natural History Unit including: Lost land of the Jaguar with Steve Backshall climbing Umpuigma (first ascent) 2007 http://www.ukclimbing.com/news/item.php?id=45225 Steve Backshall Extreme Mountain Challenge series episodes 1 & 2 shown 2016 with John Arran http://www.bbc.co.uk/programmes/b073gr87 "Series combining stunning wildlife with high octane adventure. A team of explorers search the depths of the last great unspoilt jungle on the planet" In addition for media we have supported: Gladiators climbing training, BBC childrens TV, SAS Survival secrets double role (2003-2004) Recommendations "Making the first ascent of Upuigma was a huge challenge - not only from a climbing point of view but especially how to capture it on film. John is a superb climber and his seemingly effortless approach to some very hairy pitches was nothing short of artistic and his leads gave the rest of the team a huge boost in confidence. We certainly couldn't have done it without John. Equally importantly, John is a brilliant team member with a great sense of humour and was just at home humping loads and helping to prepare dinner as he was in leading the climb. He understood all the (very frustrating) demands of filming on big walls and constantly came up with great ideas of how to overcome the technical and logistical challenges. It was a great privilege to work with John and also great fun."  Steve Greenwood, BBC Film Producer Ivan Calderon video of the First Free ascent of Angel Falls main face with Ivan, Anne and John Arran, Yupi, Ben Heason and Miles. The world's highest free drop waterfall.  Bespoke Adventures Our team members have provided bespoke adventures climbing unclimbed peaks in the jungle to achieve an ambition of a lifetime including teaming up with Dan Reeds and Luke Hanson in 2014 to making a first ascent on the tepui of El Soy y la Luna. Each of us have over 20 years of climbing experience and at least 10 years in remote locations in places where people rarely climb or have never climbed. How much time is needed to go on an expedition adventure? Usually it is neccessary to take two-three weeks off work as the locations can be difficult to access - but we are rewarded by doing something new and having a ground breaking adventure. You can expect to travel by light aircraft, dug out canoe, boat, helicopter, mule, 4x4 depending on the location. When can we go? Any time that is suitable for the climate and for the team. We are familiar with putting together the logistics for expedition but usually 2-3 months warning is useful!  What kinds of places have we been to? Jungle - Venezuela, Columbia High Mountains - Pakistan, China, Kyrgyzstan, India, Nepal Deserts - Jordan, Egypt, Sinai Other - Madagascar, Russia, South Africa, Korea, Afghanistan, Myanmar, Croatia, USA, Greece, Iran, Australia, New Zealand, most European countries Who can do it? If you have some climbing or trekking experience its possible depending on the adventure. We offer training prior to departure. Can we put a team together and carry out neccessary risk assessments? Yes. We have access to wilderness medcine experts including polar, film crew and safety personel who we have worked with before and trust.  What if we can't do it? We have loads of great contacts in the expedition world and are sure to know someone who can help. Thanks to DMM, Arcteryx, Boreal, The North Face, Wild Country, Petzl and Lyon equipment who have supported some of our team members over the years on their adventures 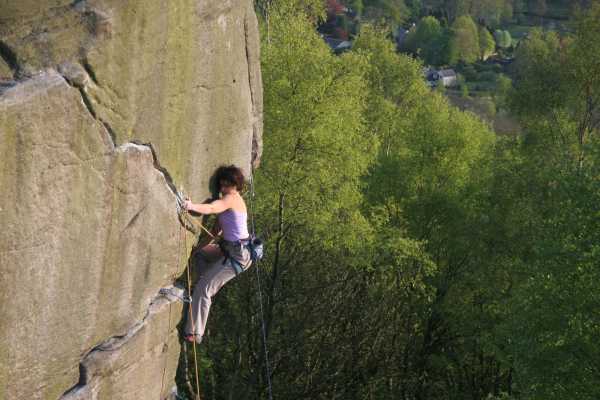 Peak district climbing coaching weekends £225 per day for 1: 1 or 1:2 or £450 for the weekend We offer bespoke peakdistrict climbing coaching days and weekends. You choose and arrange your accommodation and food and we provide the coaching. Common queries are: How do I set up climbs for top rope safely? How can I improve my grade and get stronger? I've lost my leading head, how can I get it back? I'm going away on a climbing holiday soon and want to get the most out of it - can we have a day out? The peak district has a huge variety of stunning gritstone crags, stanage , burbage and froggatt. Its also a bouldering mecca so easy to look at technique whilst putting in maximum effort. About your climbing coaches: Anne: I started climbing in 1985 aged 17, totally mad for it and finally allowed to do it after having been inspired by someone on Idwal slabs in Snowdonia when I was 7. I have led several E5s including The Cad E6 6a, Positron E5 6a, Get Some In E5 6a, Right Wall E5 6a and King Wad E6 6b and redpointed Cauchemar de l’Elephant (Fr 8a), the second 8a to be climbed by a British woman.  John: Has climbed an unrepeated E10 on Curbar edge and has an enormous amount of coaching experience over the years plus a depth of climbing experience over the last 25 years on all rocktypes around the world that is hard to match. When we are not available we can recommend many other coaches who we have worked with and know are excellent. Testamonials: "I had a day with an instructor for a birthday present and I have to say it was the best thing I could have done. I went from VD to S by the end of my climbing holiday. I can highly recommend Anne Arran, she was friendly and really positive, which was great as I am a bit of a timid climber." Gemma, on UKC forum "I had a day with Anne Arran when I felt I had hit a plateau, it was very worthwhile and I would recommend a day to anyone." Big Steve, on UKC forum "You are the best climbing coach I've ever had" British Junior Team member "Anne's relaxed but focused manner was good as was being 'made /encouraged' to try and re-try moves on harder routes I would not normally do"